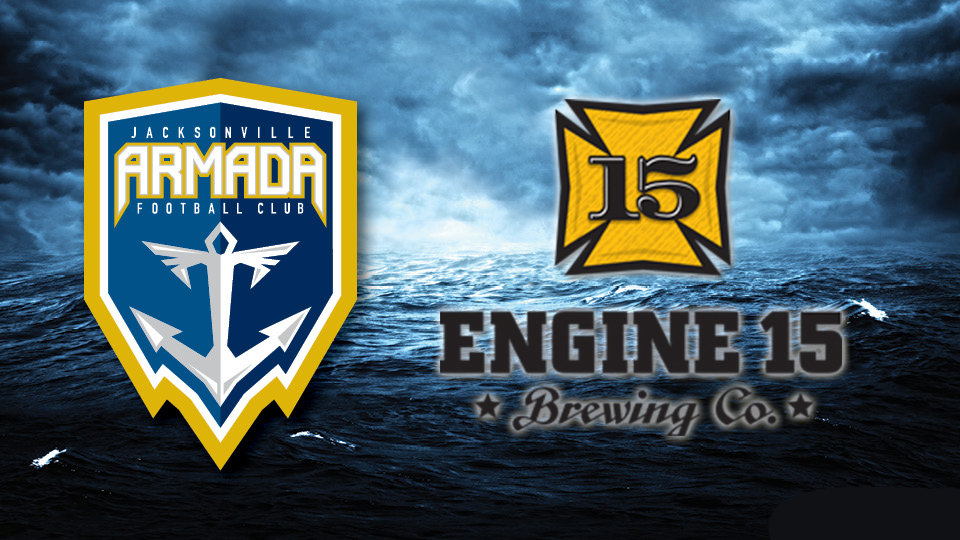 With the World Cup on the Horizon, America (and Florida) is starting to focus attention on Soccer. Surely, the most popular sport in the world pairs with one of the most widely consumed beverages in the world, beer.

Engine 15 of Jacksonville Beach has partnered with the Jacksonville’s Armada Football Club to provide some local Florida beer for the World Cup Fan Watch Parties.

Starting on Monday, June 16th Engine 15 will be featured at the Downtown Party at Jacksonville Landing for the Ghana VS USA game which kicks-off at 6:00pm. Party goes from 5:30 – 8:30pm. Join the Jacksonville Armada and Engine for the game with “Engine 15” Soccer Bar, Genuine Brazilian Samba dancers, Cole Pepper EMCEE with live competitions and giveaways; World Cup prizes, Half-time skills competition and freestyle soccer demonstration and much more more.

The festivities will continue and Engine 15 beer will be flowing through the world cup. For more information and event details visit the Armada Website.

Win or lose, we know there will be some great beer flowing thanks to the folks at Engine 15!