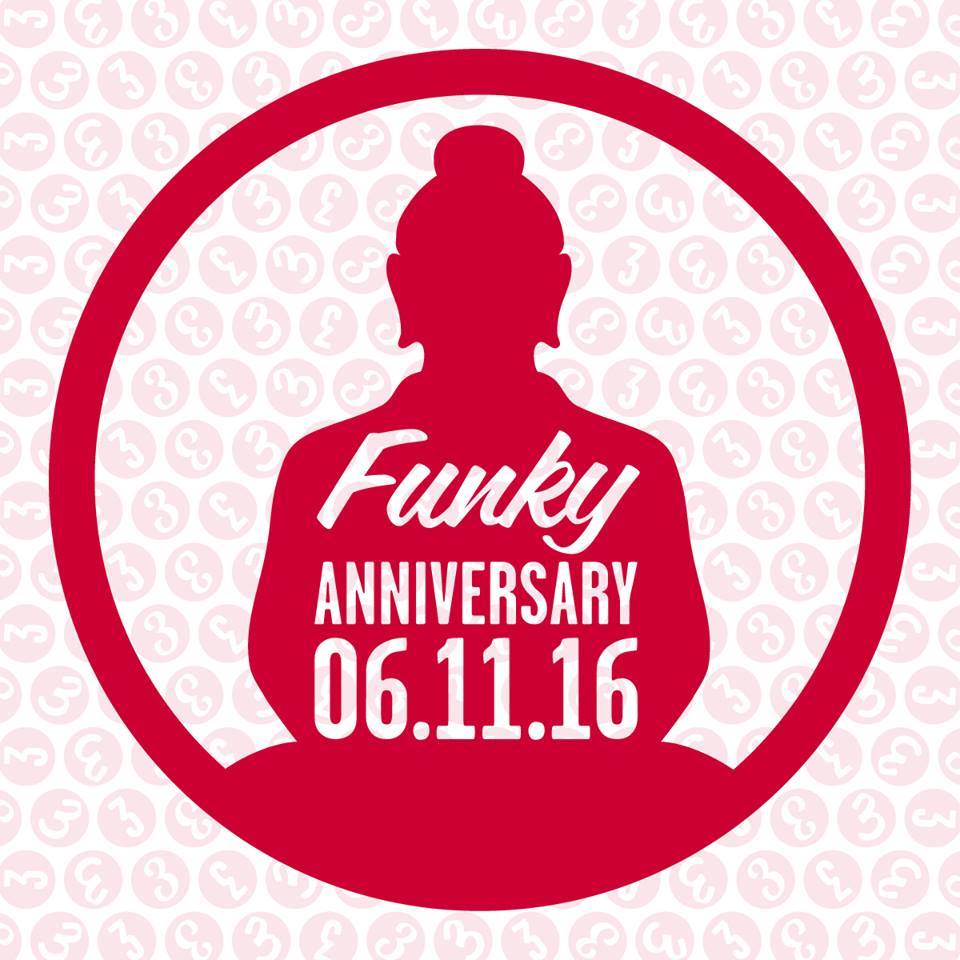 For three years now, Funky Buddha Brewery has been feeding South Florida’s thirst with innovative brews, great food, and can’t miss events. The much-lauded brewery — South Florida’s biggest, and now one of the state’s as well — has helped to define a craft beer scene that has seen meteoric rise in recent years. Now, it’s time to celebrate: And the brewery plans to do just that on June 11th from 2-10pm at the Three Years & Brewing Anniversary Festival, held in Jaco Pastorius Park adjacent to the tap room. This epic, day-long brouhaha will feature groovy live music, a dozen of the best food trucks in South Florida, nearly 100 beers on tap, and an exclusive release of two new bottled beers.

“This year has been monumental for us in terms of quality, growth, and maturity as a brewery,” said KC Sentz, Funky Buddha’s co-owner and General Manager. “I’m incredibly proud of our hard working and dedicated team and what we’ve been able to accomplish. Year four is going to be even more exciting.”

As far as the festival, this year’s incarnation will be even more exciting as well. With its new location in wide open Jaco Pastorius Park, the event will boast an improved layout including over 1,000 square feet of tented space to escape the summer sun with a cold brew in hand. Miami’s The Problem Kids will headline the event with their own brand of hip-hop funk. A curated group of South Florida’s best food trucks will include crowd favorites such as Chaco’s Chinese Tacos, Sidecar Kitchen, Rolling Chefs, and Spring In Roll Out. Confectionary innovators Rhino Doughnuts will provide sweet fulfillment on site.

Nearly 100 beers will flow from the taps throughout the day as well. Funky favorites such as Maple Bacon Coffee Porter, More Moro Blood Orange IPA, and Last Snow will return. New brews will also take center stage, including two collaborations: “Salty Buddha,” a mash up with Delray Beach’s Saltwater Brewing that combines a sour German-style ale with real sea salt from the South Florida coast, and “Tip ta’ Tip,” a blend of two ales brewed last year at Short’s Brewing in Michigan and at Funky Buddha, which were barrel aged and combined to resemble a unique take on an old fashioned cocktail.

“Our festivals are an exciting time for our brew team to showcase the passion they pour into each one of our beers,” says co-owner and head brewer, Ryan Sentz. “With new beers and returning favorites, we’re always trying to one up what we’ve done before. It’s something that we take great pride in.”

ABOUT FUNKY BUDDHA BREWERY: Founded in 2010 in Boca Raton, Florida, Funky Buddha Brewery® is committed to producing bold craft beers that marry culinary-inspired ingredients with time-honored technique. Its lineup includes year-round brews Floridian Hefeweizen and Hop Gun IPA, along with specialty releases such as No Crusts Peanut Butter and Jelly Brown Ale and the highly sought after Maple Bacon Coffee Porter. Its Oakland Park production brewery opened in June 2013 and distributes draught and bottled beer to retail outlets throughout Florida.