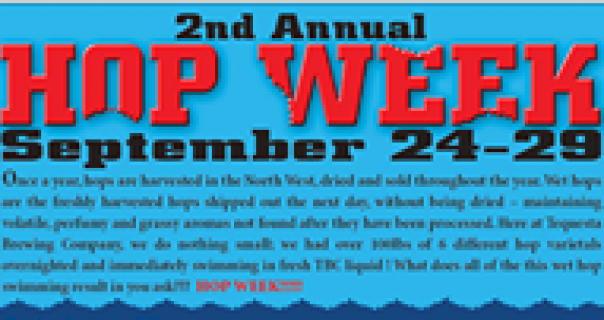 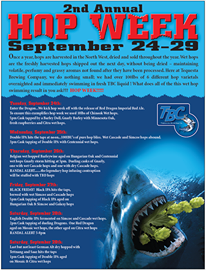 For the second year in a row, the hop masterminds of Tequesta Brewing are celebrating lupulin in all it’s glory for a week long celebration. For the Week of September 23rd, starting on Tuesday, they will be offering up a different hop-concoction each day for your enjoyment. These aren’t just regular hops but FRESH, JUICY hops which were overnighted straight from harvest. Once a year, the hop growers harvest their hops and dry most of them for use throughout the year. Only a chosen few are thrown directly into the kettle to release all of those subtle, sticky, fresh, earthy flavors and this week, you’ll get to try a whole mess of beers who are blessed with these fresh nuggets. The following is the tap list: