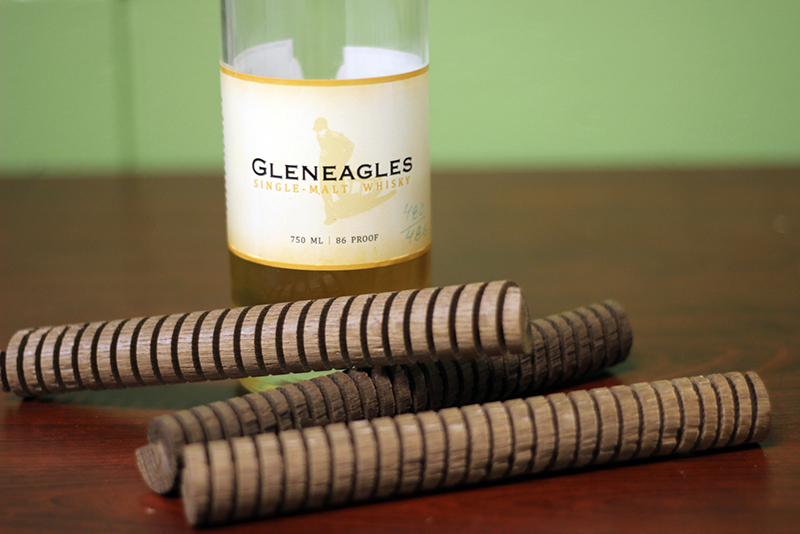 This Valentine’s Day, Southern Brewing & Winemaking (Southern) is hosting its second speakeasy-themed party in honor of the St Valentine’s Day Massacre. The brewery has created a special new small-batch beer for the occasion that was inspired by the Prohibition. Aptly named Scotch on the Rocks, the Scotch Strong Ale has been treated with Scotch-inspired whisky soaked oak spirals.

To treat the beer, brewers chose a special release Glen Eagles single-malt whisky that was made with 100% Floor Malted Maris Otter, available exclusively through BSG Craftbrewing, the importer of Glen Eagles malt. The bottle is one of only 486 made.

“We chose to feature whisky for this recipe, because it was one of the few alcohols available legally during Prohibition,” stated Marketing Manager Cindy Lyons. “There was a ‘loophole’ that allowed people to get prescriptions from their doctors to drink whisky, and we thought it was a hilariously great tribute to how crafty and persistent liquor and beer enthusiasts have always been in this country.”

The whiskey compliments the peated malt in the scotch wee heavy ale, creating a delightful hint of smokiness and alcoholic warmth. The ale highlights a rich, malty profile with characteristics of dried fruit and caramel. The full body, moderate sweetness, and warm finish make it an excellent beer to sip on in a dark, cozy jazz club.

Scotch on the Rocks will be released at 6p on Valentine’s Day, and will only be available at the back bar with the secret password “bathtub gin.” There are only 15 gallons of the special brew available, and due to the limited nature of the whisky used, the beer will not be brewed again.

For more information, call 813-238-7800 or email Cindy at marketing@southernbrewingwinemaking.com.

The Valentine’s Day Massacre Speakeasy is a 1920’s Prohibition themed party hosted at Southern Brewing & Winemaking on February 14th, from 6-11pm. The brewery will be transformed into a speakeasy with swing dancing and live gypsy/vintage jazz from Fil Pate.

Kuba Cigars will be selling cigars in the biergarten, and Roaming Gourmand will be parked on site with a menu of era-inspired food.

Roaring 20′s attire is strongly encouraged. There is no cover, but due to the nature of the event, Southern asks that all guests be 18+.