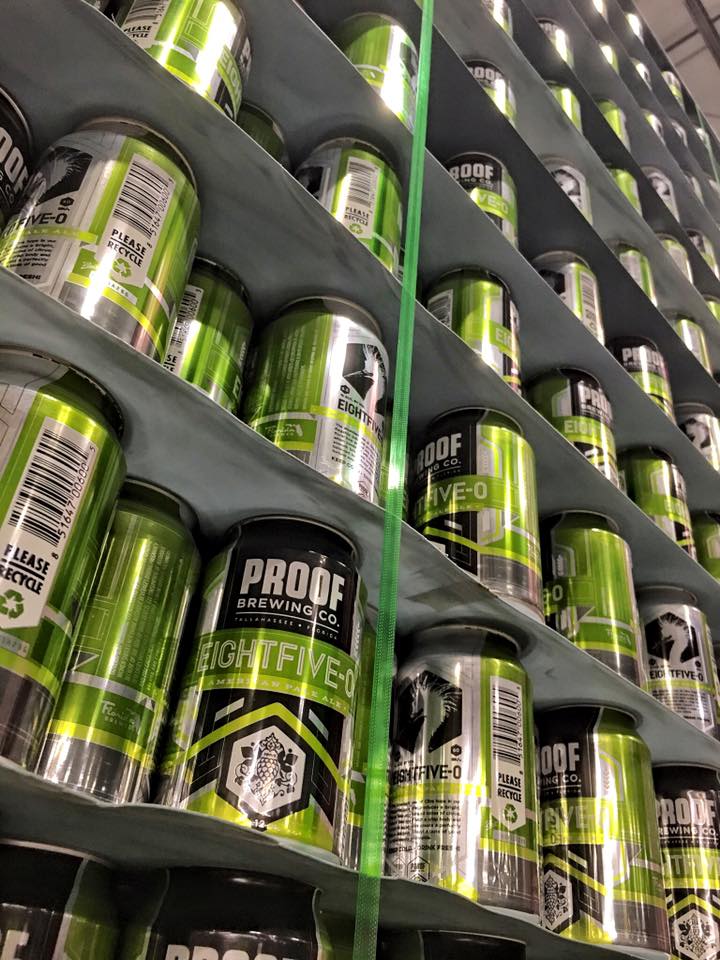 Proof Brewing is Set for Canning

Proof Brewing Co. is the largest brewery in Tallahassee and they are pumped to share some exciting news: cans by June!

They are currently preparing to start canning beer and if everything goes smoothly these bad boys will be hitting the Tallahassee market by June, with hope of spreading to the Panhandle.

To celebrate, Proof is hosting a “can party” cookout on April 29 at the brewery, 644 McDonnell Drive. He said those who buy a six-pack can get a free “EightFive-0″ T-shirt, which is a shoutout to the brewery’s flagship American pale ale.

Burroughs said the canned product will launch and be sold at the brewery. Once it hits the market, canned beers will be available anywhere craft beer is sold, including major retailers.

This article was originally published on April 13, 2016 by the Tallahassee Democrat. You can read the full article here.