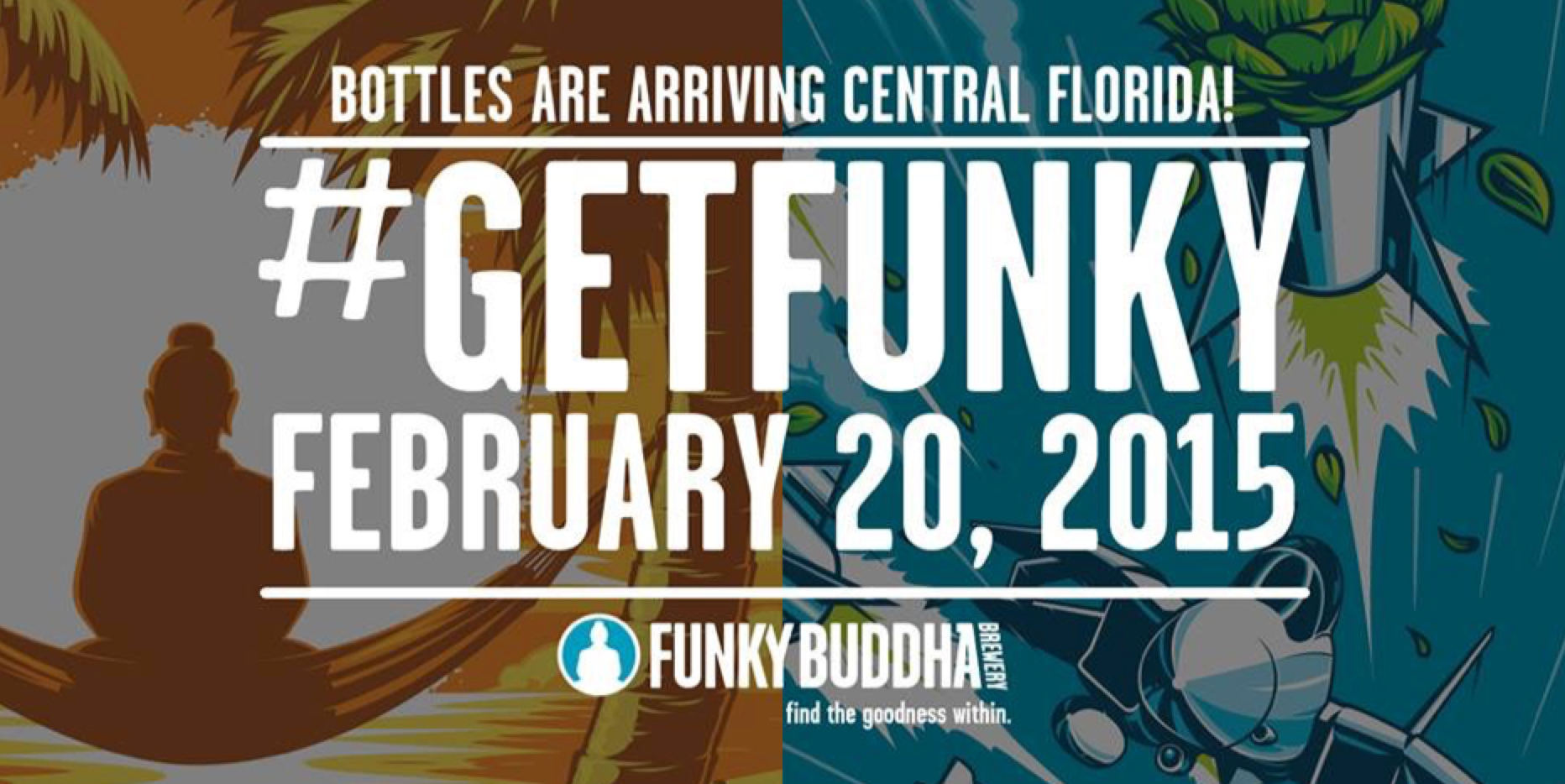 Orlando Gets Funky: Round Deux

June of 2014 Orlando welcomed Funky Buddha Brewery out of Boca Raton with open arms. Since then, we have seen some amazing beers from Funky Buddha taking over tap lines all over Central Florida. When Funky Buddha launched distribution in Orlando they featured a wide variety of their coveted beers alongside some staple favorites, Hop Gun their American-style IPA and Floridian Hefeweizen.

So prepare yourselves Orlando, round deux is coming and yes that means bottles! February 20, 2015 Funky Buddha will be launching package distribution in Orlando featuring six-packs of Hop Gun and Floridian. This will include retailers such as The Fresh Market, ABC Fine Wine & Spirits, Total Wine, Whole Foods Market, Trader Joe’s and select Public locations and more all over Central Florida.

A little later in the month you can keep your eyes peeled for Last Snow, their coffee coconut porter, which will be available in 22 oz. bottles at select retailers.

Make sure to use the hashtag #GetFunky when posting pictures or updates on your Funky Buddha Brewery finds all over Orlando and surrounding areas with Facebook, Twitter and Instagram. They will be holding some pretty awesome social media contests around the hashtag.

Q: What areas exactly will bottles be avialable?

Q: Can I get your beer at Publix?

Q: Can I get your bottles in Tampa or North Florida?

A: For our February 20 rollout, bottles will be limited to distribution to the above counties. Distribution to Tampa will follow in Q2, with North Florida and the rest of the state opening in mid 2015. Check back for more updates!

To find some funky bottles near you, check out the beer finder on Funky Buddha’s website, here: https://funkybuddhabrewery.com/beer-finder

Check out the original article: