This past weekend breweries from all over the world gathered in Philadelphia, PA, for the World Beer Cup following the 2016 Craft Brewers Conference.Several Florida breweries came home with awards and we would like to congratulate them: 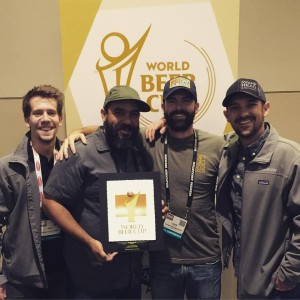 The World Beer Cup is held every two years and highlights breweries from all over the world in over 100 different categories. This year’s competition featured over 6,000 beers from more than 2,000 breweries.

You can see the full list of award winners here.

Congrats to all those who were recognized and awarded for their hard work and creativity in making amazing craft beer.