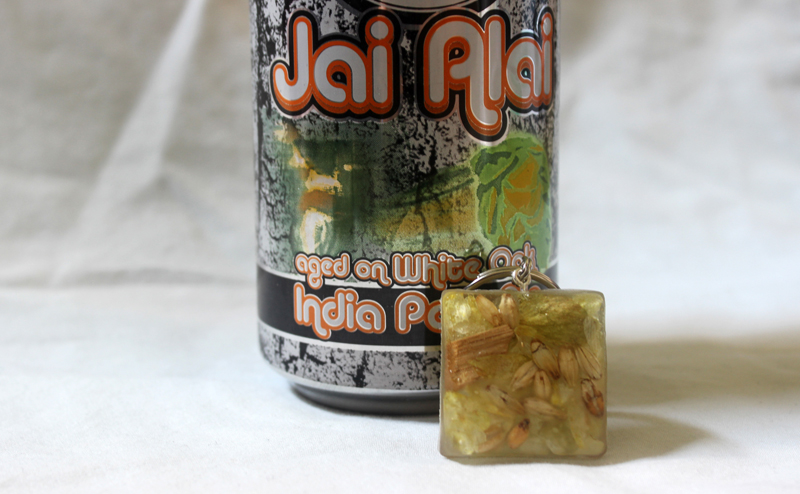 TAMPA, FL – Bin52 by cindymadewhat, a jewelry line that features real brewing ingredients, has expanded to include pieces based off of commercial craft beer recipes.

The bin52 by cindymadewhat shop includes a wide range of jewelry and accessories, including necklaces, rings, earrings, cufflinks, and key chains – all of which feature grains, hops, and other various brewing ingredients.

Brewers and beer lovers have had the option to request pieces with custom recipes since the beginning of the year, but bin52 started offering pre-made commercial recipe necklaces just this summer.

“Beer lovers have a tendency to really connect to certain beers or breweries because of the culture surrounding them, because of great memories associated with them, or simply because they really love the beer,” stated Cindy Lyons, owner of bin52 by cindymadewhat. “My pieces give beer enthusiasts a new way to show their appreciation for these beers, as well as carry a little piece with them wherever they go.”

More recipes are being added weekly, and shoppers have the option to request their personal favorite commercial beer recipes in the form of necklaces or key chains. Some requested commercial recipes that bin52 by cindymadewhat has put into jewelry include Unibroue’s La Fin du Monde and Southern Tier’s Choklat.

All bin52 by cindymadewhat pieces are available on Etsy at etsy.com/shop/bin52. For more information, visit cindymadewhat.com or reach out to Cindy on twitter or instagram at @cindymadewhat.