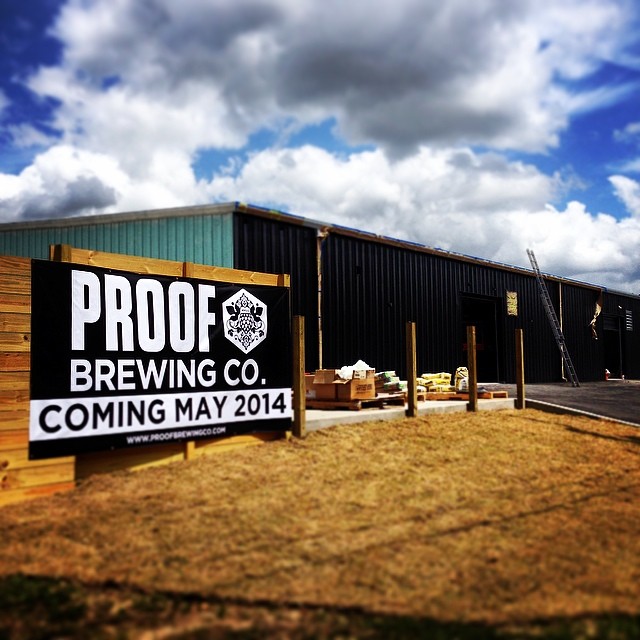 For all of those craft beer fans in the North part of the state (or the South part of Georgia and Alabama for that matter), Proof Brewing will be opening the doors of their new production facility on May 16th, 2014. Proof opened its Tennessee Street location in 2007- it currently houses a Retail Store, Modern American Pub, Pilot Brewery, Brew Lab and Tasting Room.

Their Pilot Brewery has been cranking out experimental & unique styles weekly that are only available on site. Proof has also poured some of their brews at some notable events like Savor 2014, The Florida Brewer’s Guild Beer Festival in Tampa, Jupiter Craft Brewers Festival and Brewfest Tallahassee to name a few.

The time has finally come to swing open their doors of their new facility to the public and show their new distribution facility and tasting room in the Railroad Square Art Park. The 10,000 square foot facility will open to the public at 3PM on Friday. Come out to enjoy some Proof brews, live music, food trucks and more! MoBi will be in the house to keep your stomachs full and happy while Sway Jah Vu keeps your ears entertained.

What better way to cap off American Craft Beer Week than with the opening of your local brewery?

A little about their new facility

The Proof Brewing Co. production brewery features a state of the art 20 barrel three vessel brewhouse, fully automated canning line, refined tasting room & outdoor beer garden. At this location they will be canning their core beers, bottling limited releases & kegging for distribution. The tasting room will pour the full line of PBC brews, feature rotating guest taps and the entire brewery operation will be visible from the bar & seating areas.

Guests can also relax on their covered beer garden patio area where you can enjoy live music, bocce ball and other entertaining outdoor activities.