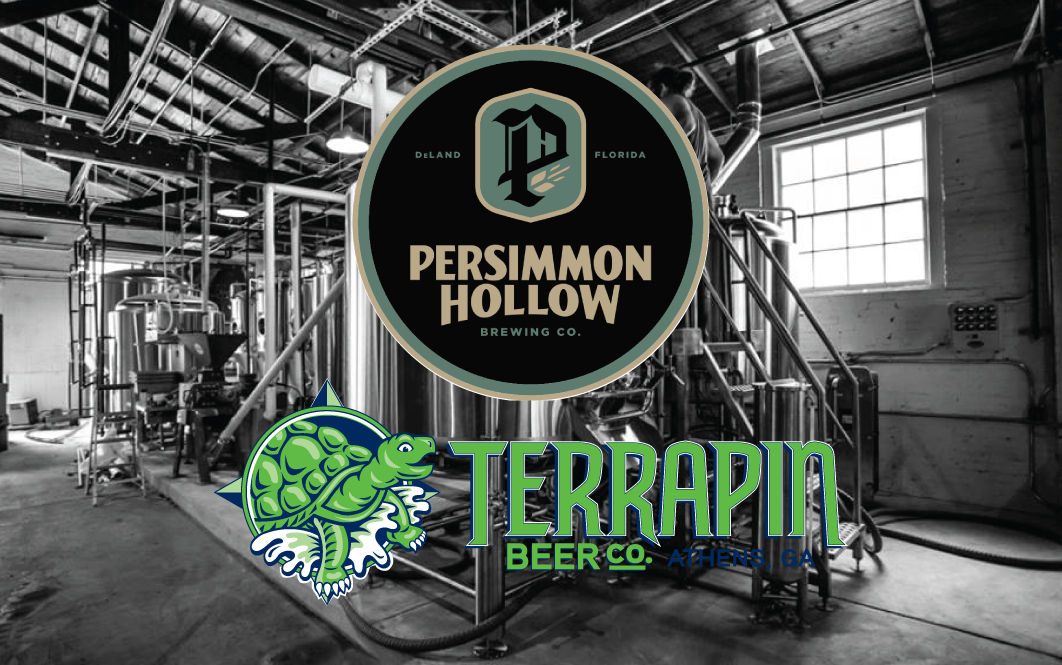 Persimmon Hollow Brewing welcomed Terrapin Beer Company’s President and Co-Founder into their facility for a collaborative brew on December 29, 2014. Holler Hopper starts with the base of a traditional Belgian Golden Ale but also adds the typical Terrapin twist by using more flavorful American Hop varieties. This beer is brewed with Candi Sugar to help increase alcohol content while still having a dry finish and lighter body to let the hops shine through.

“It’s an honor for Robbie (Carelli) and I to brew with Terrapin,” said Persimmon Hollow’s Andy Sistrunk.  “We originally had our homebrew being served at the 2012 Deland Beer Fest, and it was the Terrapin people who convinced us our beers were good enough to go pro. When John was down for the fest last year, we really hit it off and knew we had to do a collaboration at some point.”

Holler Hopper will be released during Volusia Beer Week January 30 – February 8, 2015. The highlight of the week is the Deland Craft Beer Festival on February 7th, the very place where Andy, Robbie and John met a year ago.

“I’m excited to be heading back to the Deland Beer Fest,” stated Terrapin Beer’s John Cochran. “For me it was a highlight of the year in 2014 and having the chance to brew with Andy and Robbie is going to be fun. I started my first job in a craft brewery in early 1995, so this brew is one way I can celebrate 20 years in this crazy and wonderful industry.”