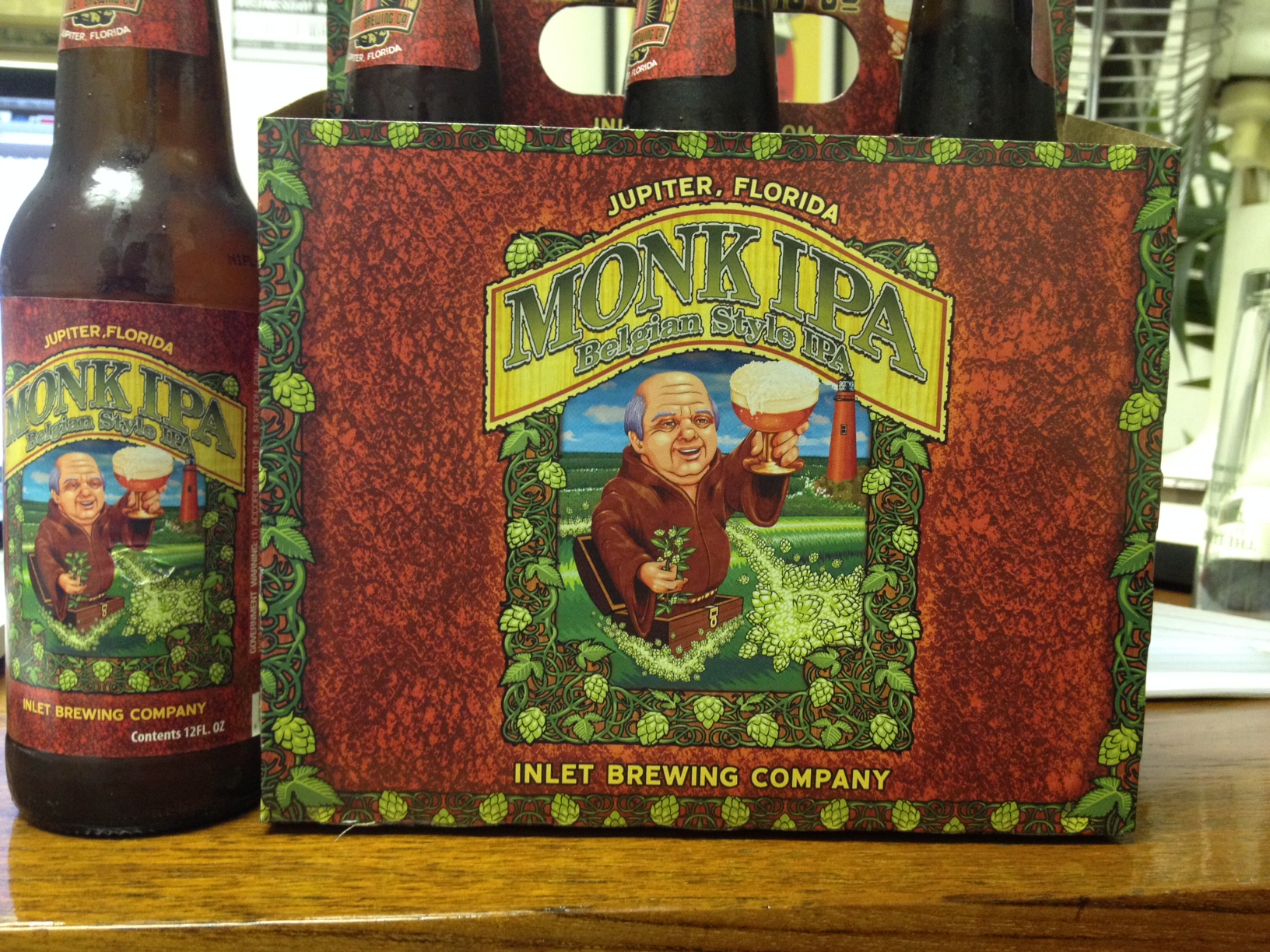 Inlet Brewing has launched it’s second bottle offering in Florida, Monk IPA. Their well known Monk in the Trunk was their first draft and bottle offering. After years of recipe tweaking their IPA is now available in 6-packs.

Monk IPA originally debuted at the Jupiter Craft Brewers Festival in 2010 as a much higher in alcohol version of their now sessionable IPA and has been available regularly on draft in 2013.

Inlet Brewing is based in Jupiter, Florida and contract brewed at Thomas Creek Brewery in Greenville, North Carolina.