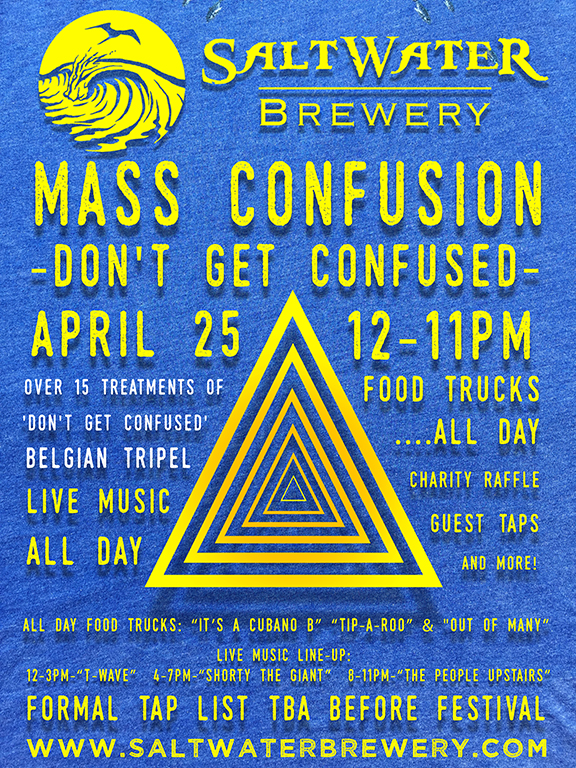 MARK YOUR CALENDARS for Saturday April 25!! It’s going to get confusing…”Don’t get Confused” by the name this festival is all about the beer! A certain Belgian beer that you all love…

SaltWater will be featuring OVER 15 different flavor treatments of Don’t get Confused Belgian Tripel!!!!

Street closure in front of the Brewery

-”Out of Many” Caribbean style, jerk style sandwiches and platters.

4-7pm: “Shorty the Giant” Awesome Blues Rock set, these guys seriously Jam out! They Played at our Anniversary and Killed it!

8-11pm: “The People Upstairs” Our headliner for the event, these guys have been around the area rocking for a while now and really know how to play some serious stuff!

-Multiple guest taps and other breweries

It’s going to be a blast! Similar event setup as our anniversary-