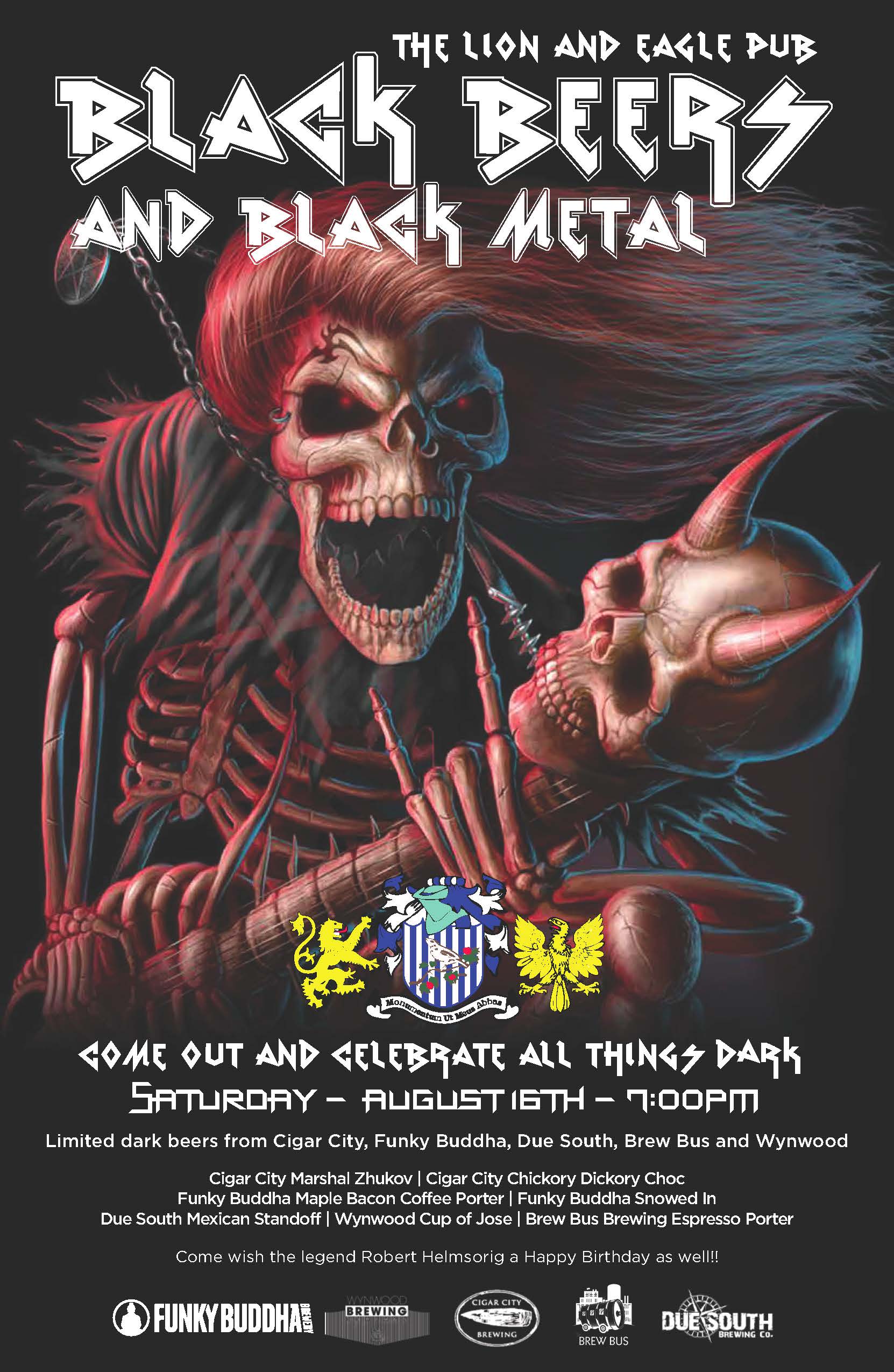 Lion and Eagle one of our favorite local spots is known for always having a great line-up of local beers. Well, this Saturday they’re not messing around with a night of (please read in Monster Truck Announcer Voice) BLACK BEERS AND BLACK METAL!

They will be featuring a full lineup of limited, local dark beers from Cigar City, Funky Buddha, Due South, Brew Bus and Wynwood Brewing. Here’s the lineup:

These dark beers will all be paired to perfection with heavy metal music. Starting at 7:00 pm it’s bound to be a delicious night.