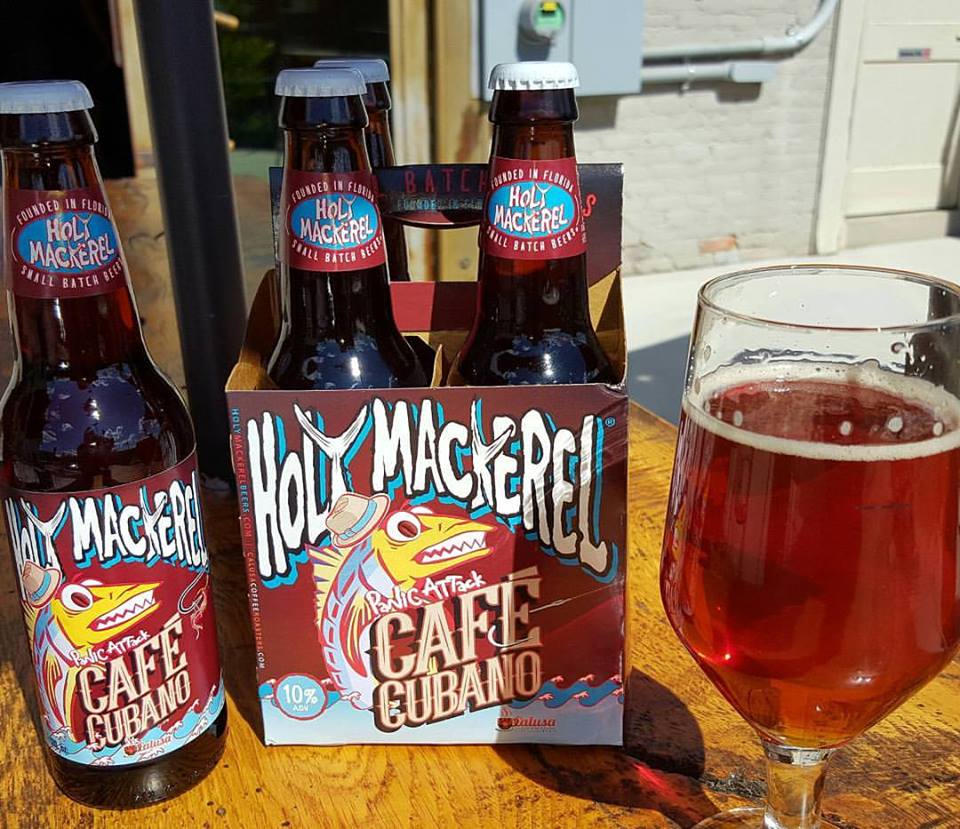 “This is a beer I’ve been playing around with and tweaking since late 2010,” says owner and Brewmaster Bobby Gordash. His concept for Panic Attack Cafe Cubano is to “cold brew” dark roasted coffee and infuse it into the beer. “I’ve experimented with this by using a Randal, dry hopping coffee into a secondary, and by inserting coffee into the actual keg. So the coffee is actually Cold Brewed using Cold Beer instead of water.This process (especially using a high abv) beer seems to capture the most aromatics and flavor from the bean.”

It is not everyday that you see a coffee-infused Belgian-style ale, so this delicious new addition will certainly be new and exciting to your taste buds. Holy Mackerel partnered up with Calusa Coffee Roasters in Fort Lauderdale to roast the Sumatra coffee beans used in the brew, which are grinded right before infusing it into coffee.

Panic Attack Cafe Cubano was packaged earlier in May but will be launching state-wide in mid to late June. You will be able to find it in South Florida around the end of May or early June, so keep your eyes peeled!