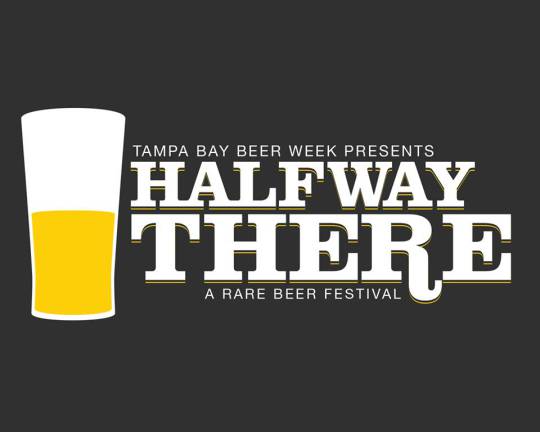 Halfway There: The Gateway Festival

Any given weekend in America, there is a beer festival, a craft beer week or a glorious conglomeration of brewers delighting costumers in a craft beer flavor assault. Some how, some where, this is happening as you read this. What makes a festival stand apart these days? What makes beer week special?

One thing that might help stand out: beer you likely haven’t seen before and might never see again.

The Halfway There: A Rare Beer Festival is only in it’s second year. Tampa Bay Beer Week is only in it’s third and yet both gatherings have garnered acclaim from brewers all over the state of Florida and the nation. The 2nd Annual Halfway There Festival is now the largest gathering of brewers in the history of the state of Florida. It marks the halfway point in the year until the celebration of Tampa Bay Beer Week begins.

This year Halfway There, held at St. Petersburg Coliseum, is slated to be the premier event the Tampa Bay area. On Saturday, September 6, 2014 from 6:00 PM to 9:00 PM, 55 breweries, 8 home brew clubs, and 6 distributors will showcase the rare, the weird, and the gnarly of select brews from around the state and the globe. Food trucks and live music from The Wholetones round out the festival. VIP tickets ($75) include a commemorative tasting glass, 2015 TBBW shirt and one hour early entry. GA tickets ($50) include a commemorative tasting glass. All admission includes unlimited samples during serving times. (Get your tickets here)

See you there? Who’s thirsty?