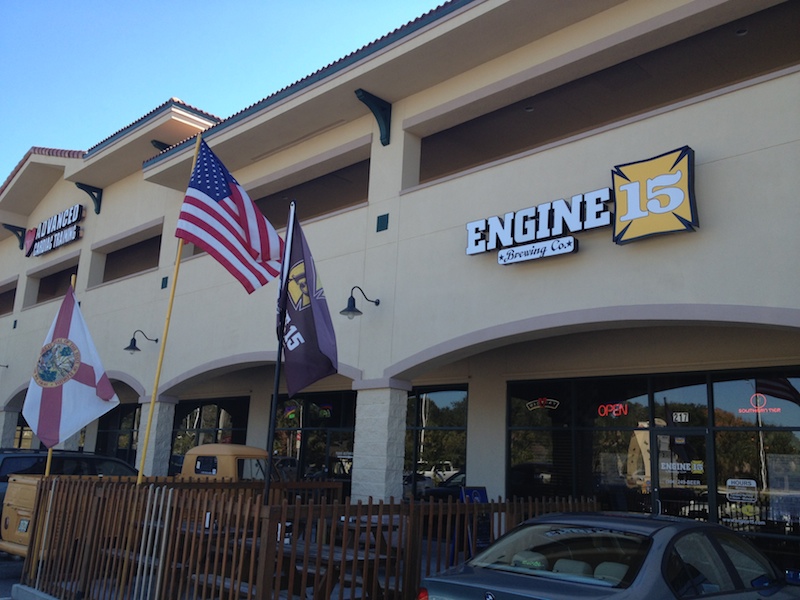 Maxed out at a current capacity of about 1,000 barrels of annual production in their Beach Boulevard location, Engine 15 has started it’s work on a new brewery. The new location will have more space and 10 times the capacity.

Luch Scremin, co-owner of the Jacksonville Beach brewery, said he hopes to have the new brewery open by February. The other features would come later in 2014.

Scremin said he paid $390,000 for two buildings at 601 and 633 North Myrtle Ave. The buildings were occupied by a cabinet shop and metal recycler who vacated when Scremin closed Monday.

And they’re a little more than a mile away from the Forest Street location where Intuition Ale Works owner Ben Davis announced intentions in May to build a brewery. That would require purchase of city property which has not been finalized.

Engine 15 opened as a bar and restaurant on Beach Boulevard in Jacksonville Beach in 2010 and started brewing its own beer in 2011. Scremin said he had to double the brewing capacity within the first year, as has every other brewery in Jacksonville.

“We’re beyond maxed out now,” he said.

The Beach Boulevard location will remain open, he said. And the new facility, with its 20-barrel brewhouse and 60-barrel fermentation tanks, would increase annual production from 1,000 barrels to 10,000 barrels.”