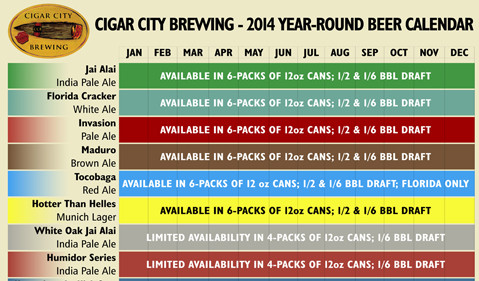 Well, 2013 is winding down and what better way to look forward to 2014 than for Cigar City to release next year’s beer calendar. Some exciting things to note:

-Some new 4-pack cans for some limited products including White Oak Jai Alai and their Humidor Series.

-A full year of Nitro draft. 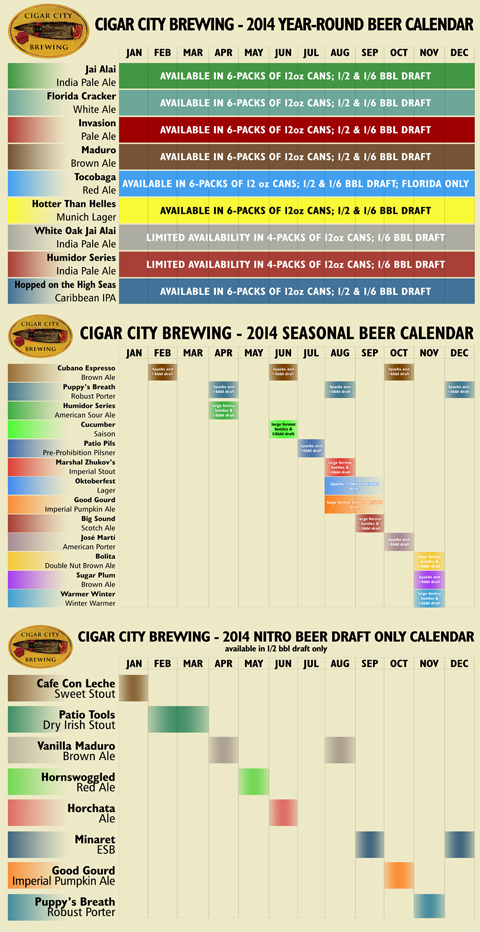