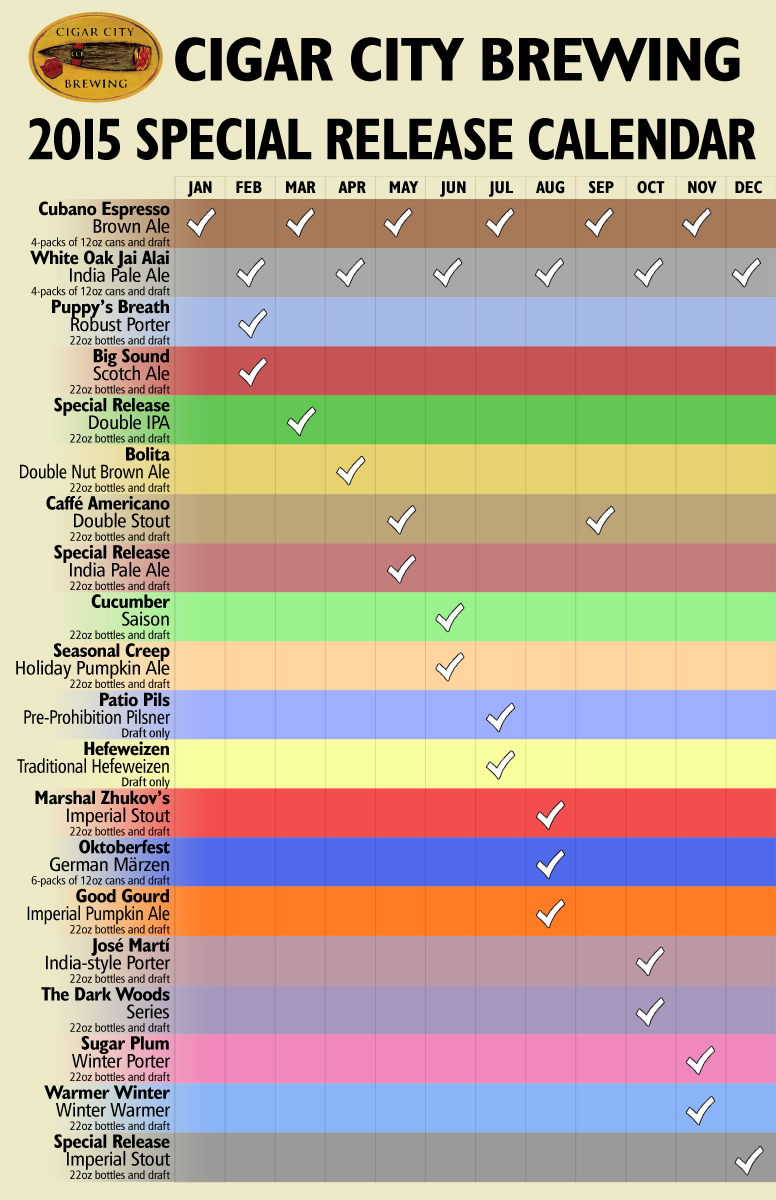 Hold onto your seats Floridians! As of yesterday, Cigar City has published their official 2015 release calendar as an early holiday gift. And with that you can plan on seeing a few of your favorites more often compared to 2014, as well as a few removed. Some awesome changes Include the extremely popular and sought after White Oak Jai Alai and Cubano Espresso, which will be rotating each other out every other month. While we will be seeing less of others such as Minaret Nitro.