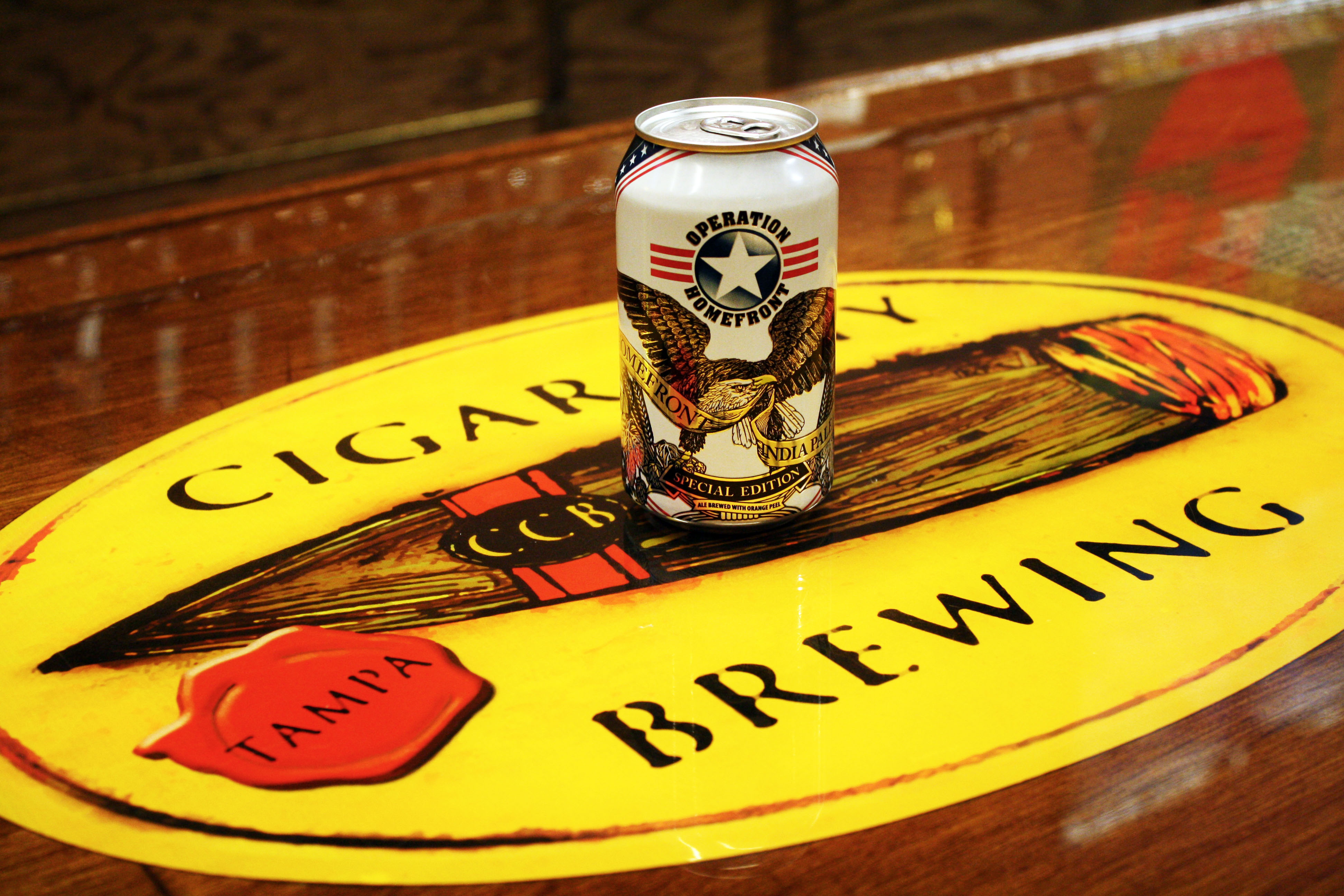 Homefront IPA was developed in 2011 by Fremont Brewing Company and Center of the Universe Brewing Company in order to raise money and awareness for Operation Homefront. Operation Homefront is a charity that provides emergency assistance to military heroes and their families. Aged on Louisville Slugger maple bats, this IPA does more than just quench your thirst; it improves the lives of our soldiers.

Homefront IPA is a unique charity beer in that 100% of the proceeds are donated to Operation Homefront. With the help of 6 participating breweries and other organizations that donated the hops and grains used to make the beer, Hops for Heroes was able to raise roughly $80,000 dollars for Operation Homefront in 2013.

This year, Hops for Heroes is hoping to top $200,000 and is set to brew 800 barrels (24,800 gallons) of beer between the 11 participating breweries. Homefront IPA is brewed by Cigar City Brewing as well as :

Cigar City Brewing will be holding a release event for Homefront IPA at its Tasting Room at 3924 West Spruce Street in Tampa, Florida on May 28th at 6PM. This will be the first time guests can purchase the beer at our brewery on draft and in 6-Pack cans. Homefront IPA will also be released into Cigar City Brewing’s distribution network.