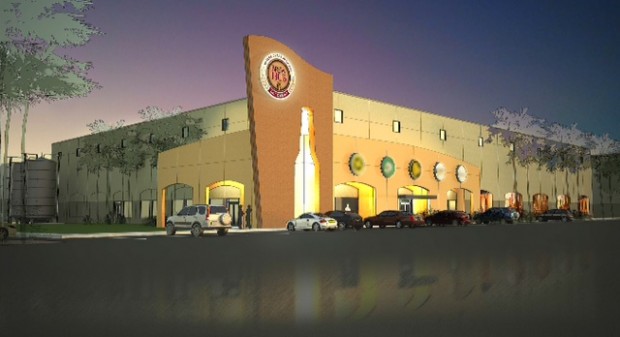 Brew Hub will partner brew beer for all three companies at its new, state-of-the-art craft brewery in Lakeland, Fla. beginning May 2014. Brew Hub will brew a variety of beer brands for each company and distribute the beer throughout Florida and eventually other southeastern states.

Partner brewing is a process that allows craft brewers not only to brew their beer to exact specifications under the supervision of their own brewmaster, but also to package and distribute from the Brew Hub brewery and make their beer available for export to international markets. Partner brewing allows craft breweries to expand their distribution without the overhead costs of building a new brewery or transporting beer across the country. Brew Hub also offers services including sales, marketing, logistics, compliance and government affairs.

“These guys know what they are doing, and I am excited for the opportunity to be able to grow Cigar City Brewing without sacrificing quality or compromising the brewing process,” said Joey Redner, Cigar City Brewing founder and CEO. “When you combine Brew Hub’s experience with a new state-of-the-art craft brewery in our home state of Florida, we knew this partnership could help us get more Cigar City beer into the hands of people who love it.”

“The partnerships we’ve formed with Cigar City, Orange Blossom Pilsner and BJ’s Restaurants are exactly why we formed our company,” said Tim Schoen, founder and CEO of Brew Hub. “All three brew amazing craft beer, but they simply can’t meet the overwhelming consumer demand. Partnering with Brew Hub will allow these award-winning craft brewers to brew more beer and increase their distribution which will allow them to grow much more quickly.”

Brew Hub will brew approximately 40,000 barrels of beer for the three partners combined. The Lakeland brewery will have an annual capacity of 75,000 barrels, or one million cases. The Florida brewery will be the first of five breweries Brew Hub plans to open across the country. All will allow craft brewers the opportunity to partner brew their beers on site.
“With these three agreements in place we are sold out for 2014, and we couldn’t be happier,” said Schoen. “Our focus will now be on expanding our brewing capacity at our Lakeland brewery, and announcing the next two breweries we plan to open.”
The Lakeland brewery is located in Interstate Commerce Park off the I-4 Corridor. The brewery will also feature a 3,000-square-foot tasting room where consumers can enjoy the beers being brewed by any of Brew Hub’s partners. The site’s central location will allow the company to efficiently distribute beer to wholesalers throughout Florida and the Southeast.

Brew Hub brewing operations will be led by Chief Brewmaster, Dr. Paul Farnsworth, who is overseeing all aspects of design, layout, construction and day-to-day operation of the new brewing, production and warehouse facility in Lakeland, Florida. Farnsworth earned a bachelor’s degree and Ph.D. from the University of London and has been instrumental in the startup or operation of over 100 breweries in 10 countries.

Brew Hub plans to open four additional breweries over the next five years. Specific markets will be determined based on demand, but the company is considering strategic locations in the Northeast, Mid-Atlantic, Midwest, Texas and West Coast. This network of Brew Hub facilities will allow craft brewers from across the country to enter new markets.

About Cigar City Brewing
Cigar City Brewing was founded with two goals in mind: first, to make the world’s best beer; second, to share with people near and far the fascinating culture and heritage of the Cigar City of Tampa. From its past as the world’s largest cigar producer to its Latin roots and the many other diverse cultures that call it home, Tampa draws on many sources to develop its unique culture. We use the highest quality ingredients we can lay our hands on, and that is not just marketing jargon. If it makes better beer, we use it. We also strive to use local ingredients when and where we can. Not only do fresh, local ingredients help us make better beer, it helps us make beer that reflects the culture and heritage of Tampa. Learn more at www.cigarcitybrewing.com.

About Brew Hub
Brew Hub was founded in 2012 in St. Louis, Missouri by a team of beer industry executives and craft brewing experts led by Tim Schoen. “Where Craft Brewers Go to Grow,” Brew Hub provides full brewing, packaging, distribution and selling services for craft brands that are capacity, geographical, or capital constrained. The company plans to have five breweries located throughout the country that will cater to craft breweries. Each facility will allow craft brewers to partner brew their beers on site.
Learn more about Brew Hub at:
www.brewhub.com
https://www.facebook.com/pages/Brew-Hub/378410608933205?fref=ts
https://twitter.com/TheBrewHub