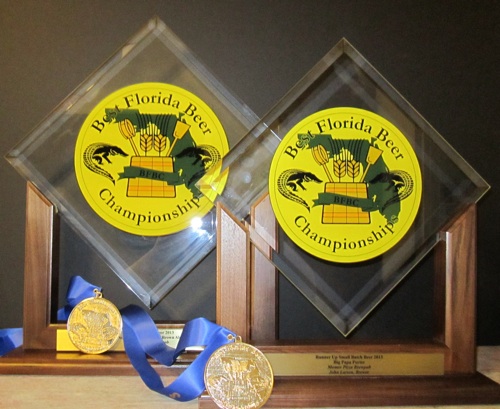 Each year before the Florida’s Brewers Guild Beer Festival in Tampa, breweries from around the state submit their beers into the Best Florida Beer Championship. Well, this week the winners have been announced. The following are the winning brewers who received either a bronze, silver or gold metal from their submission:

Congratulations to these brewers!

For a full listing of winning beers visit http://bestfloridabeer.org/2014-bfbc-pro-medal-winners/