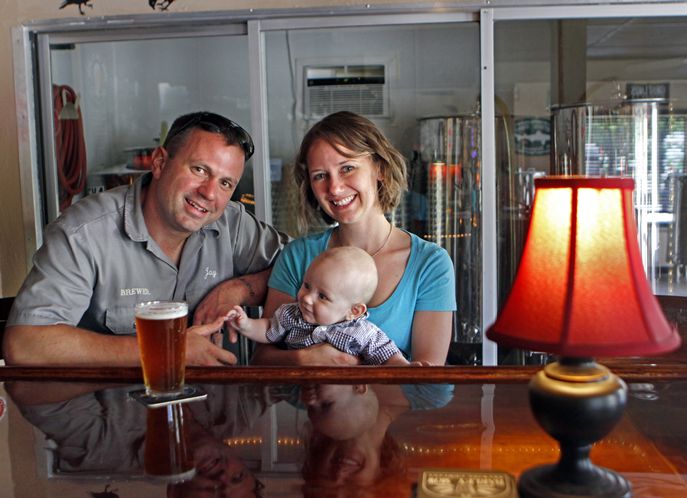 The married couple owns Barley Mow Brewing Co., a Largo brewpub. Smaller than a microbrewery, it’s a “nanobrewery” that features an in-room brewery setup located mere feet from the bar.

They brew a couple dozen kinds of ales, ambers, porters and stouts in small batches — just enough to keep beer flowing through the bar’s taps. They also distribute it to other pubs. Tampa Bay’s craft beer scene has been good to them, so the demand for their product has outgrown the supply.

“We brew almost every day here, and we can’t keep up,” Jay Dingman said. “It’s a good problem to have, but it’s a problem nevertheless.”

After three years in business, they’re hugely expanding their operation, shifting into mass distribution of their various brews. They are buying a 20,000-square-foot industrial building on Commerce Drive, just off Missouri Avenue in Largo.

“We’re putting in a brewery that’s 15 times the size of what we’re working with now,” he said. “What we brew in a day over there will be more than we brew in two months in our current location.”

Both avid home brewers and veterans of the hospitality industry, the Dingmans opened their bar in 2011 at 518 West Bay Drive, the former home of an Irish pub. At first it was just the two of them brewing and tending bar. Now they have seven employees.