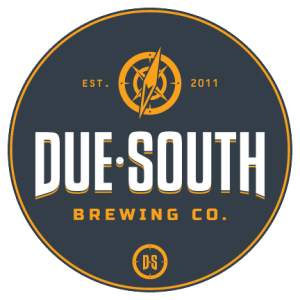 Due South Brewing Co. is a distributing craft beer brewery located in Southeast Florida in Boynton Beach. The brewery is housed in a large 15,000 sqft location. There is a taproom onsite which opens at noon every day but Monday, when the brewery is closed. In addition to the favorites which will always be on tap like the Caramel Cream Ale, the Due South Brewing Co. Taproom will also have some guest taps from other Florida breweries as well as some Due South specialty beers and pilot brews. You never know what you may find on tap in the Due South Brewing Co. Taproom. Every great beer must be brewed for the first time and some lucky few will be able to say “I drank from the very first batch of that beer in the brewery taproom.”

Due South Brewing Co. is glad to be a part of South Florida and wants to help promote the Florida craft beer culture as a whole. This brewery is a dream a husband and wife team turned into a reality with the support of family, friends, and the dedicated, ever-growing, craft beer community of South Florida. It’s not a stuffy, corporate setting. If it’s really busy, you may have to sit on a bag of grains. There’s already plans for expanding the brewing operations and upgrading the taproom but the focus now is, as it has always been, brewing fresh, flavorful beer.