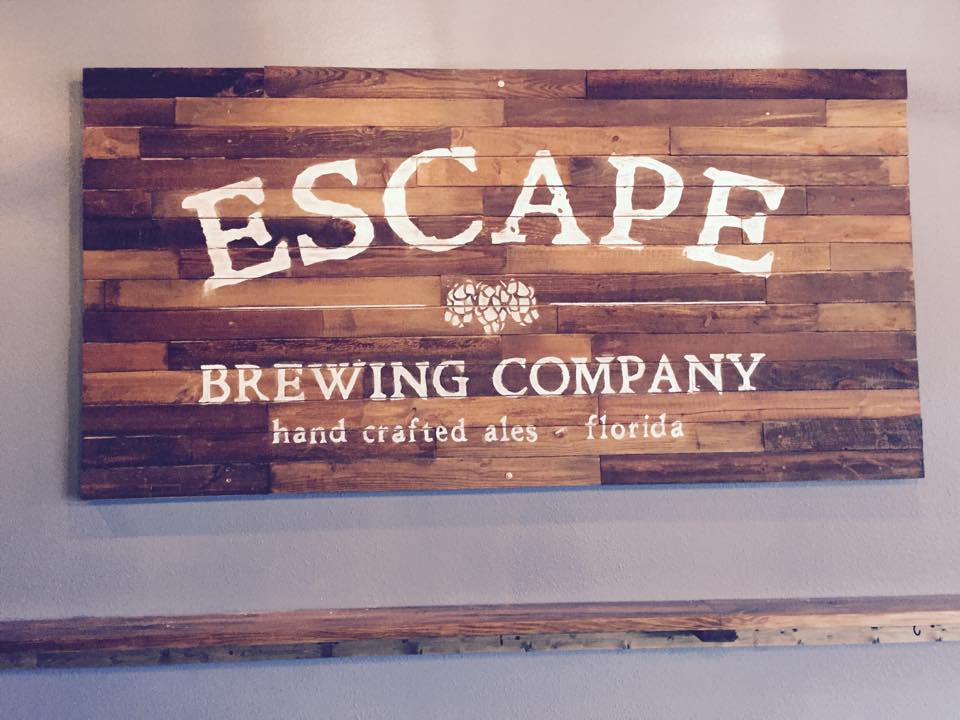 Both avid home brewers for years, John and Matt initially began brewing beer in their garage as a way to “Escape” from their daily jobs in ‘Corporate America’. This hobby quickly grew from a passion to an obsession.

After many months of planning, John and Matt decided to begin their adventure of opening their own brewery. The buildout commenced in January 2014. The tasting room opened in early October 2014. Escape Brewing Company is a nano-brewery producing hand crafted ales on a 3 barrel brew system with four 3 barrel fermenters.

In the tasting room you will find a few hoppy beers such as: Diversion IPA and Indiscretion Double IPA; High Fen, a robust porter fermented with a belgian yeast; a traditional brown ale, Brown Chicken Brown Cow; and an easy drinking wheat ale, Goofy Footed. Matt Thompson said, “There is a beer on tap for most palates”. Escape Brewing Company currently has 6 – 8 of their own beers on tap and a few guest taps from other local craft breweries.

The brewery and tasting room is 1,200 sq/ft. The industrial, urban decor coupled with open ceilings and dark stained wood makes you feel comfortable enough to hang out and have a few pints. Currently, the tasting room is open four nights a week offering full beers and growlers to go.

As business owners, they both knew picking the right distributor was very important to their business. John McGregor explained “We chose Brown Distributing not only for their focus on craft beer, but for their management and sales team passion and desire to support local craft breweries”.

Brass Tap in Trinity will be hosting the Escape Brewing Company launch party on Thursday February 5th from 7pm – 9pm. They will have several of their beers on tap for you enjoy.

For more information and updates please check out their Facebook page www.facebook.com/escapebrewing